CD Specials: Check out our rates for 10, 20 and 30 month specials! Learn More

Heather O’Bannion is proud to work at First Service 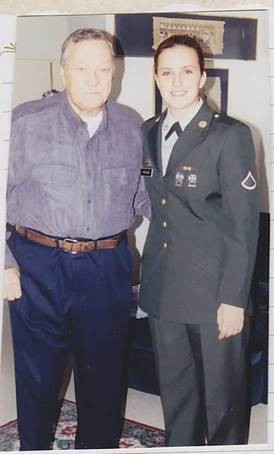 Army Reserve veteran Heather O’Bannion is proud to work at First Service Bank, where patriotism and military service to country are celebrated.

Heather, who lives in Vilonia, is a staff accountant in deposit operations at the First Service Bank, headquartered in Greenbrier. She has three years of banking experience, with about half at First Service. She is a graduate of the University of Central Arkansas, with a bachelor's degree in business management.

After graduating high school, Heather served eight years in the U.S. Army Reserve as cargo specialist. Military service runs in her family. Her dad served in the Air Force and was a pilot in Vietnam. Her sister was in the Army and worked as an air traffic controller. “It was definitely a strong influence,” Heather said of her decision to join, adding it represented an opportunity “to serve my country.”

Heather is happy to work for a bank that celebrates veterans and recognizes patriotism. “I love that it is a core value,” she said. “One of my favorite parts of the day is to drive up to the bank and see Old Glory flying in the sky.”

It comes as no surprise that Heather is a strong advocate of First Service Bank’s Operation Red, White and Brave (ORWB) program, which was created to support the bank’s core value of patriotism while helping veterans and those currently serving in the military. “I think it’s an amazing program,” she said. “I think helping veterans should be on top of 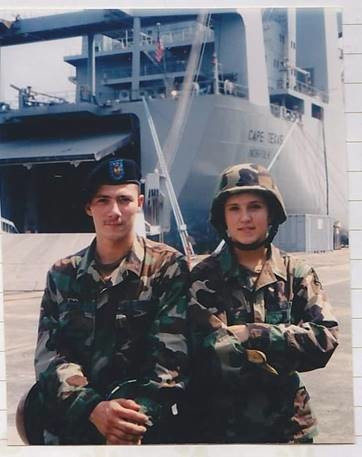 everyone’s list. There are definitely a lot of veterans out there who need help.”

In addition to creating the veterans program, Heather added it’s also “pretty incredible” that First Service matches dollar for dollar the money that is raised for ORWB.

The bank’s first ORWB project involved construction of a home in Little Rock for a veteran.

Heather volunteered one day at the house, putting up siding. When the home was completed, she purchased a special homecoming gift for the veteran receiving the house - an 8-inch statue of a kneeling veteran inscribed with loyalty, bravery and honor.

“Anytime we have volunteer opportunities (with ORWB), I intend to volunteer,” Heather said.

Home construction was not something new for Heather. She and her husband, Leo, recently built a “barndominium” for the family’s new home.

Heather and Leo were best friends while attending high school in Houston, Texas. After their senior year, they both joined the military. Leo, who also served in the Army Reserve, was deployed to Iraq for a year and worked on Apache helicopters. Despite the distance, the two stayed in touch and their relationship grew. They were married in February 2009. They have a 7-year-old daughter and 4-year-old son.

“I love the culture,” Heather said, in describing what she enjoys most about her work at First Service. “It is very similar to the military, the camaraderie and the feeling of family. We are on the same team. We have common goals and we like being there for each other.” 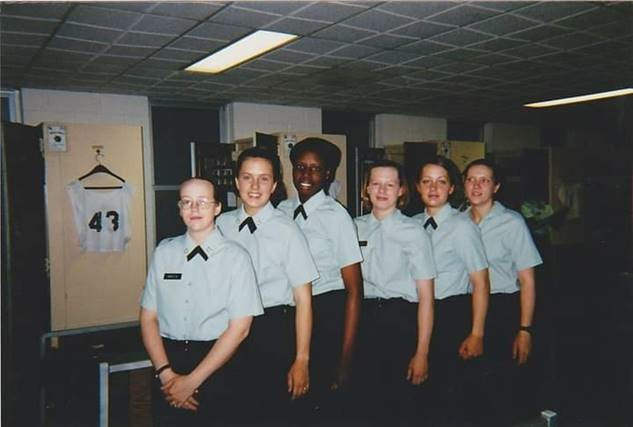 Tags: Community Strong
Back to News

Get Started Online  Come in and see us

If you have experienced a remarkable customer service experience, please tell us about it!

How can we help you today?